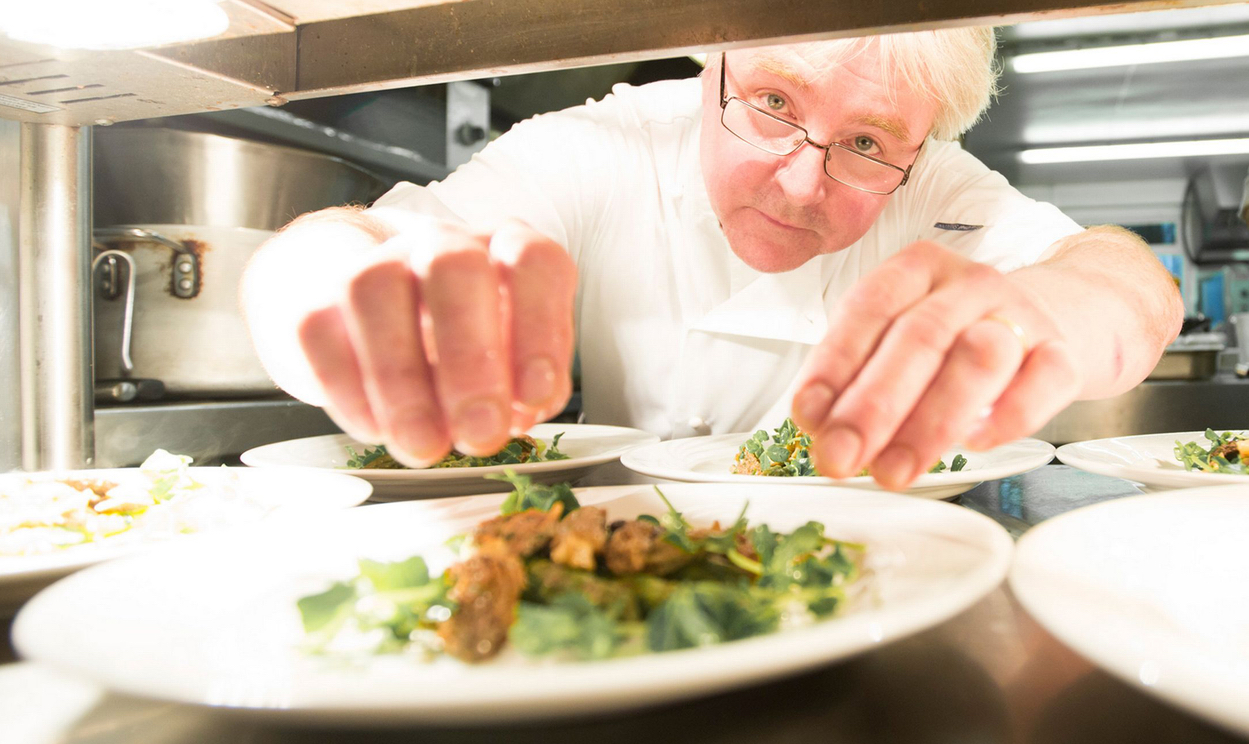 One of only four Michelin starred restaurants in Wales, Tyddyn Llan is the brainchild of chef Bryan Webb and his wife, Susan. Having successfully run and been head chef at numerous London restaurants, Bryan returned home to Wales in 2002 to set up the hugely successful Tyddyn Llan restaurant.

Tyddyn Llan restaurant is part of a small, elegant Georgian country house set in the foothills of Snowdonia with a dozen bedrooms. The key to the restaurant’s success is its ingredients: celebrating wild and smoked salmon, scallops and langoustine from Scotland, Lobsters and crabs from Cornwall and Anglais chicken from a farm in Essex.

With restaurants like Hilaire in Old Brompton Road having given Brian his culinary direction and style, the chef merely add a plethora of high quality, local and wild produce and a Michelin star was born.

Chef Webb, with his abundance of passion and skill has acquired a huge amount of respect and accolades at Tyddyn Llan, a success which can only be continued.

FOUR speaks to the UK’s first beer sommelier of the year, Jane Peyton about how beer can complement almost any type of food, and why artisan beers are growing in popularity amongst men and women…

Chef-owner Taylor Bonnyman of The Five Fields restaurant in Chelsea, London tells us about his wonderful cuisine and culinary life…