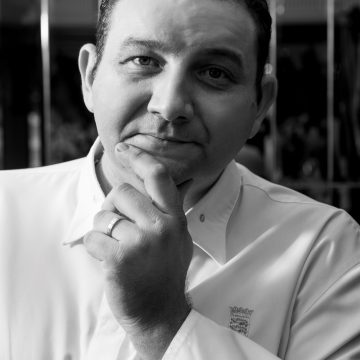 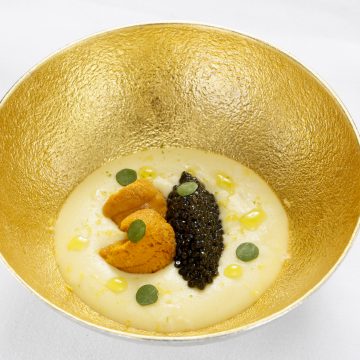 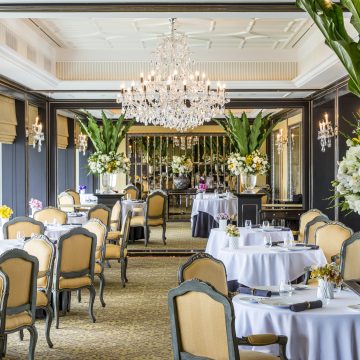 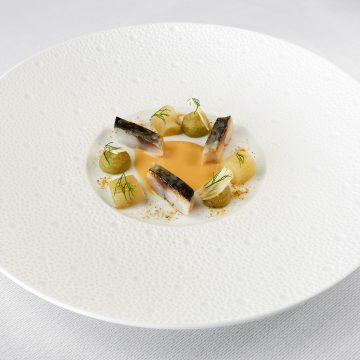 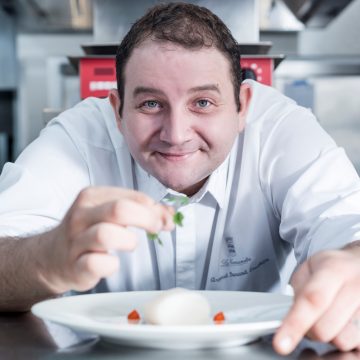 French-born Arnaud Dunand-Sauthier is the current Chef de Cuisine of Le Normandie at the Mandarin Oriental Bangkok. With Le Normandie having recently been awarded 2 Michelin stars whilst under his helm, the chef admits that this has been the pinnacle of his culinary journey thus far.

French-born Arnaud Dunand-Sauthier is the current Chef de Cuisine of Le Normandie at the Mandarin Oriental Bangkok. With Le Normandie having recently been awarded 2 Michelin stars whilst under his helm, the chef admits that this has been the pinnacle of his culinary journey thus far.

During his culinary journey, he has spent more than 15 years training in French dining. He has worked with some of the most renowned culinary talents globally, including Guy Martin, Marc Veyrant in L’Auberge de L’Eridanand and Emile Jung at Crocodile. He also worked at Maison Lameloise in Bourgogne, after which he ventured to Le Crillon in Paris, where he trained under the leadership of Jean-Francois Piège.

In 2012, all of Chef Arnaud’s hard work paid off, and he was given control of Le Normandie’s kitchen. It was here that his true passion of contemporary French cuisine began to flourish. For him, it is important to take the loyal diners of Le Normandie to new gastronomic heights, introducing these new generation of culinary explorers to the finesse of his native haute cuisine.

His signature dishes are clear imprints of his refined French culinary identity, and are inspired by his home region of Savoy in the French Alps. These include “Caviar Osciètre et Oursin”, a caviar, sea urchin and potato dish with champagne sauce, and “Pigeon Miéral de Bresse”, a roasted pigeon, endive, pear and cocoa dish. Chef Arnaud makes a point of using only the finest ingredients to produce elegant dishes with a sophisticated palate.

“Pure and precise flavours, wonderful taste combinations and the subtlety of herbs and seasonings offer a genuine and unique experience of haute cuisine.” – Mandarin Oriental Bangkok

It is Arnaud’s talent and dedication that has allowed Le Normandie to reach unwavering success, not only in the Michelin guide, but also in the Les Grande Tables du Monde guide, where they are the only listed French restaurant in Thailand.

My sons, because when I see them I always want to do more and the best for them.

Family (wife and sons) + a pan, a lighter, a knife, fishing rod.