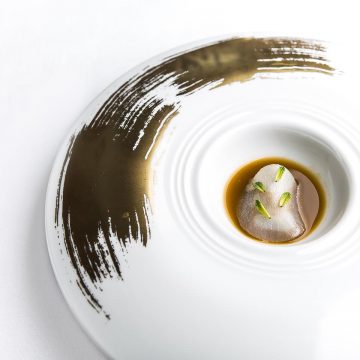 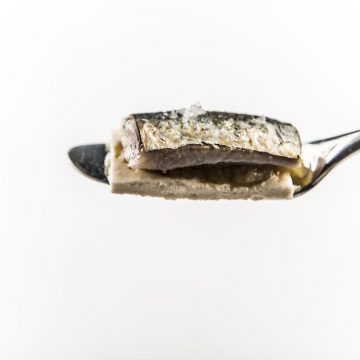 One of the most influential chefs of our era, Ángel León has merged his passion for gastronomy with his love for the ocean. With sustainability at the core of his cooking, he showcases the most beautiful produce from the sea in the most delectable way possible.

Given the title, “Chef of the Seas”, Ángel combines tradition and evolution to bring out the best in fish and shellfish, especially using those marine products which are lesser-known – a technique that he endlessly works at perfecting. Easily recognizable by his gaze and bustling soul, León is always thinking of innovative ways to create new techniques and bring new elements and ingredients from the sea into his cuisine, introducing them to the world

León has had a close connection to the sea and its products since he was young, and spent much of this childhood by his father’s side, learning about the ocean. Prior to becoming a chef,  Ángel was a sailor whose love of the ocean saw him aboard ships sailing the straits of Gibraltar, the coasts of Mauritania, the Norwegian fjords and all the seas in between.

After leaving the sailing boats, León decided to immerse himself in the culinary world, studying at the Taberna del Alabardero Cooking School in Seville. Once he graduated, the chef went on to work in some excellent restaurants including Casa Irene in Arties, Catalonia; El Faro del Puerto in El Puerto de Santa María, Andalusia and Chapeau Femme in Bordeaux, France.  With his impressive resumé, the Sheraton Hotels in Buenos Aires and Miami headhunted León, and he went on to work as their chef. León then moved to Toledo, where he worked in La Casa del Temple and studied Sephardic cooking. In 2005,  León opened his own restaurant, Aponiente, in El Puerto de Santa María, realizing one of his lifelong dreams.

León’s flagship restaurant, Aponiente, is housed in a 17th-century tide mill and salt house in Cádiz. Surrounded by water in this historic building, León has plenty of produce and inspiration for his cuisine. The surrounding water, which is characterized by a unique marine ecosystem, enables him to incorporate previously unknown Spanish culinary ingredients, such as plankton, into his dishes.  These unusual dishes, along with León’s other innovative gastronomic creations that feature fish, shellfish and other edible flora and fauna from nearby waters, have resulted in Aponiente being awarded 3 Michelin Stars.

Impacted greatly by Ferran Adrià’s comment, “the real revolution will come when scientists and cooks work together”, León approached 3 research centers to fund a study on the effect that different fishing methods have on the taste and texture of fish. Working alongside university experts from the Sea Science Faculty at the University of Cádiz, the Marine Biology Faculty at the University of Alicante, and the Education Faculty at the University of Castile La Mancha resulted in the development of a new piece of culinary equipment, named the “Clarimax”. Designed to assist in the clarification of stocks, it uses a filter with diatomaceous earth (microalgae) to remove the fat in the stock, resulting in a transparent and tasty liquid.

León is an ambassador for the ocean and is passionate about conserving marine life. In an attempt to reduce the waste of those marine species considered as having no commercial value by fishermen in the Gulf of Cádiz and along certain sections of the Spanish coast, León developed innovative techniques for the preparation of fish concentrates and stocks for use in paella and stews amongst other products, from these nutritional yet unused species.

The 3/4 of Earth which is covered by water.

A  fish hook, a fishing rod, cutting board and a knife