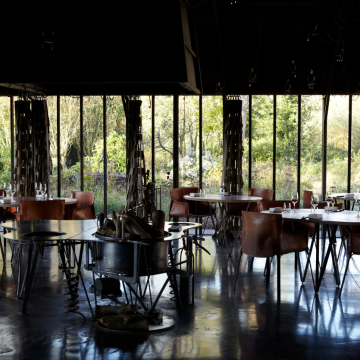 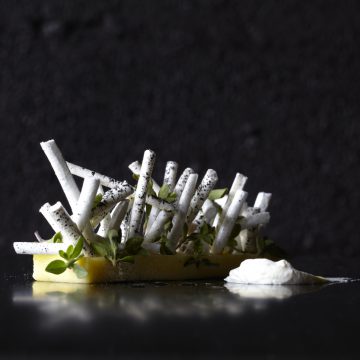 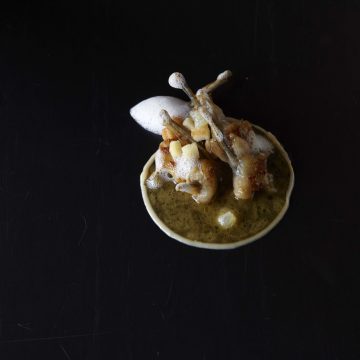 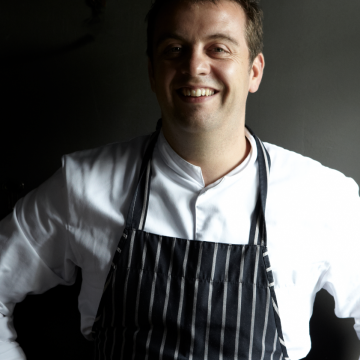 Alexandre Gauthier was born a cook. After working ina few famous French restaurants, he took over the family restaurant “La Grenouillère”, located near Montreuil-sur-Mer in thenorthern Pas-de-Calais region.His burgeoning talent is revealed by the Omnivore guide in2006. He earned a Michelin star in 2008. Soon after he started leaving his mark on the contemporary French

Alexandre Gauthier was born a cook.

After working ina few famous French restaurants, he took over the family restaurant “La Grenouillère”, located near Montreuil-sur-Mer in thenorthern Pas-de-Calais region.His burgeoning talent is revealed by the Omnivore guide in2006. He earned a Michelin star in 2008. Soon after he started leaving his mark on the contemporary French cuisine.His style and personality led him to entrust Patrick Bouchain with the renovationof La Grenouillère in May 2011.

He is often invited to present his cuisine abroad: from China to Japan via Singapore, from California to Canada, to NYC, not to mention the Europeancountries (Italy, Lithuania, Austria, Belgium, Poland, Germany,…) so many visited countries and shared meals. Alexandre Gauthier is also part of the international collective Cook It Raw.In April 2012, he was named “Knight of the Order of Arts and Letters”by theFrenchMinister of Culture.In May 2013, he cooked in Venice during the inauguration of the French Pavilion at the 55th Contemporary Art exhibition of the Venice Biennale.In October 2014, he was awarded 5 toques by the Gault &Millau guide.In May 2014 he published hisfirst book “Alexandre Gauthier, Chef” which won the “gourmand cookbook” award by Le Figaro as well as the Eugénie Brazier award for best image.In 2015, he is awarded«Fooding d’honneur» by the Fooding Guide.In 2016, he is awarded«Chef of the year» by the Gault & Millau guide.

Alongside La Grenouillère, Alexandre opened two other restaurants in Montreuil-sur-Mer: In 2007 “Froggy’s Tavern” a place of life, a contemporary grill room… and in February 2015 “Anecdote”, a memory lane cuisine inspired by the map that Roland Gauthier, Alexandre’s father, drew upon his arrival at La Grenouillère in March 1979… (AfewdaysbeforeAlexandre was born!)

How did you feel when you were awarded your Michelin star?

The Michelin Star is not why I work so hard but still, I was happy to have it because it remains a reference for lots of people.

I don’t have a greatest one.. My place, a master peace, a product, my territory… All my environment is a source of inspiration.

It is a hard question.. I guess I would take the book “Une rencontre” of Milan Kundera, a knife and something to make fire.

With Restaurant Ikarus playing host to top chefs from around the globe for the last 10 months, it’s only fair that the build up to the festive season is reserved for the home team…