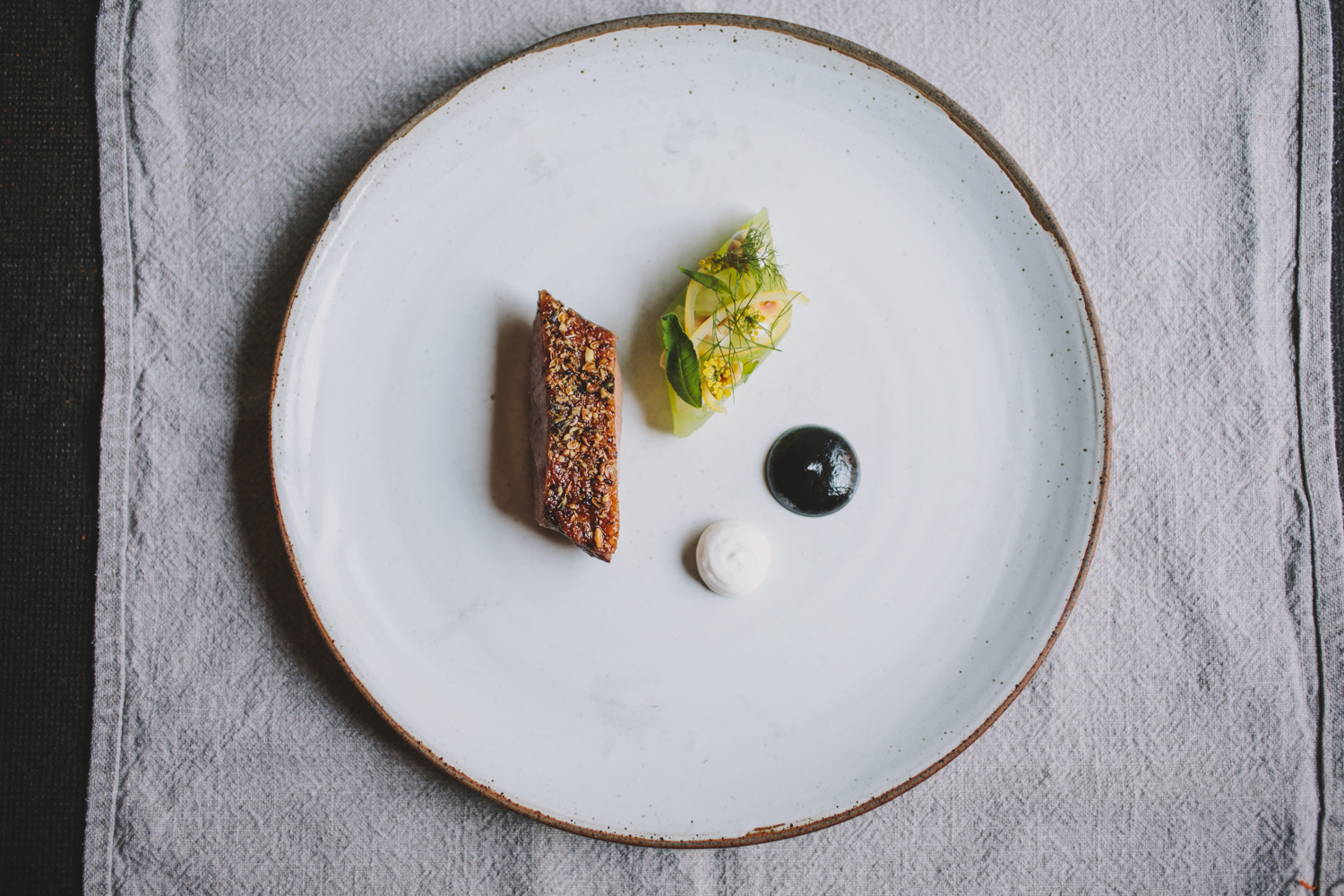 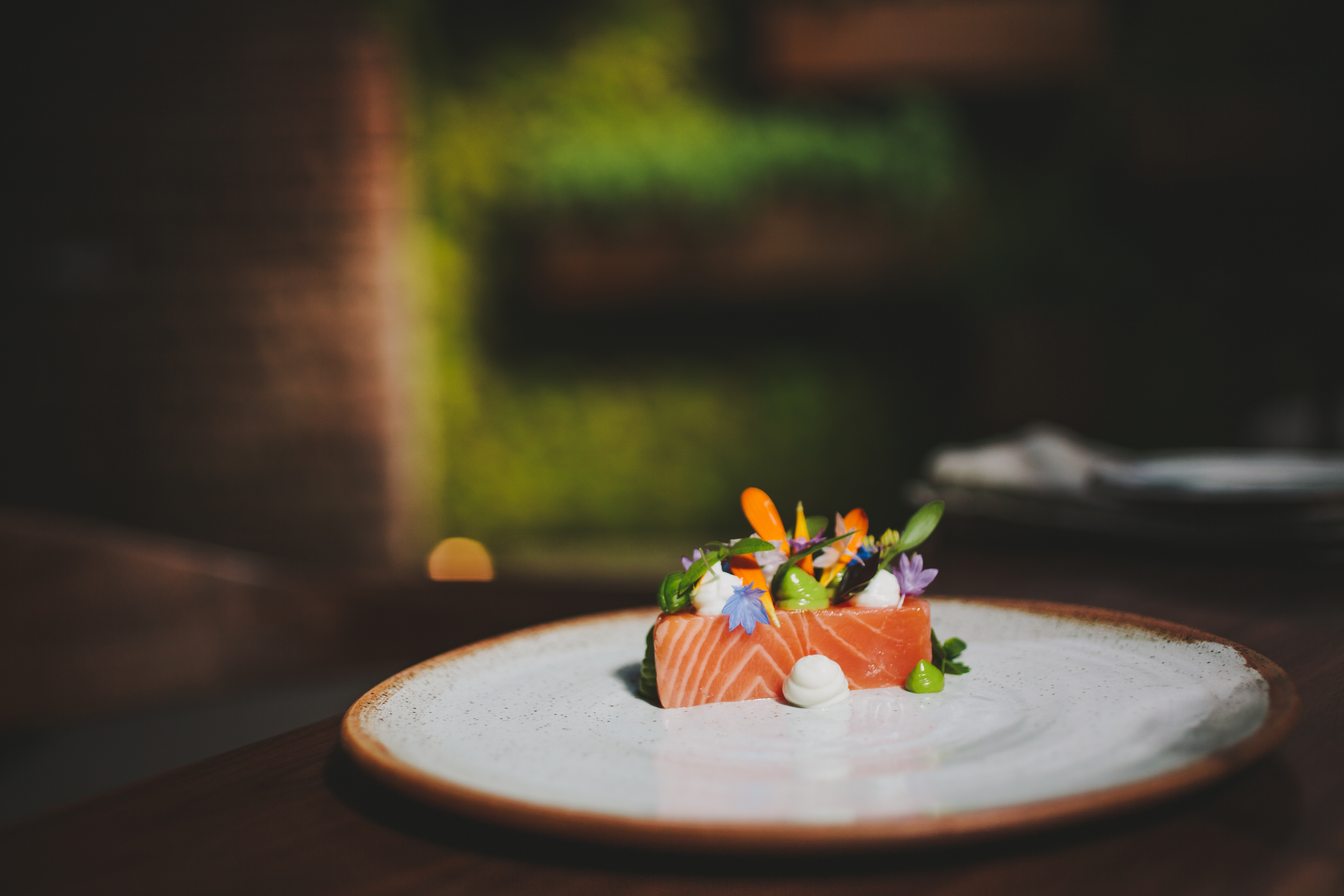 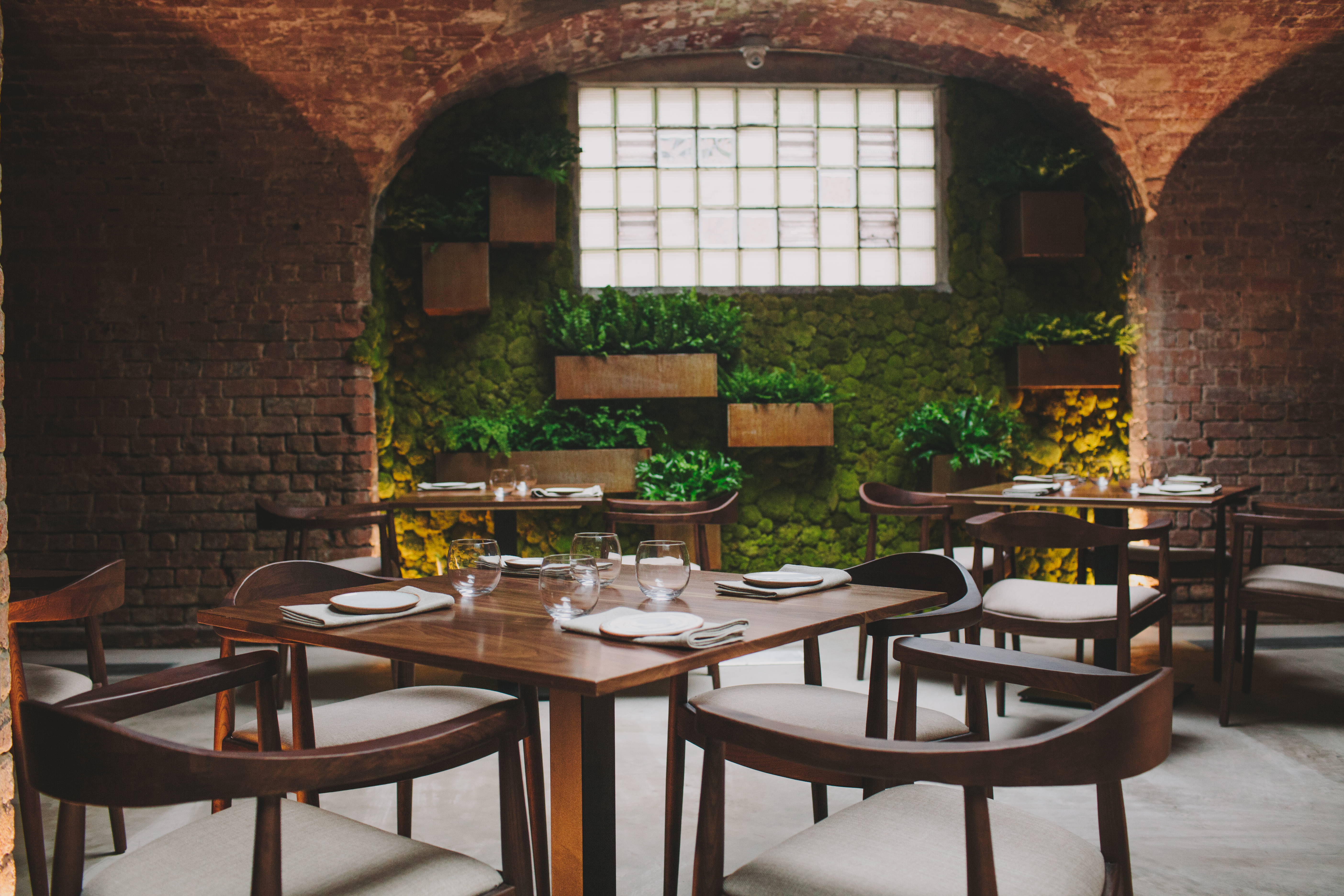 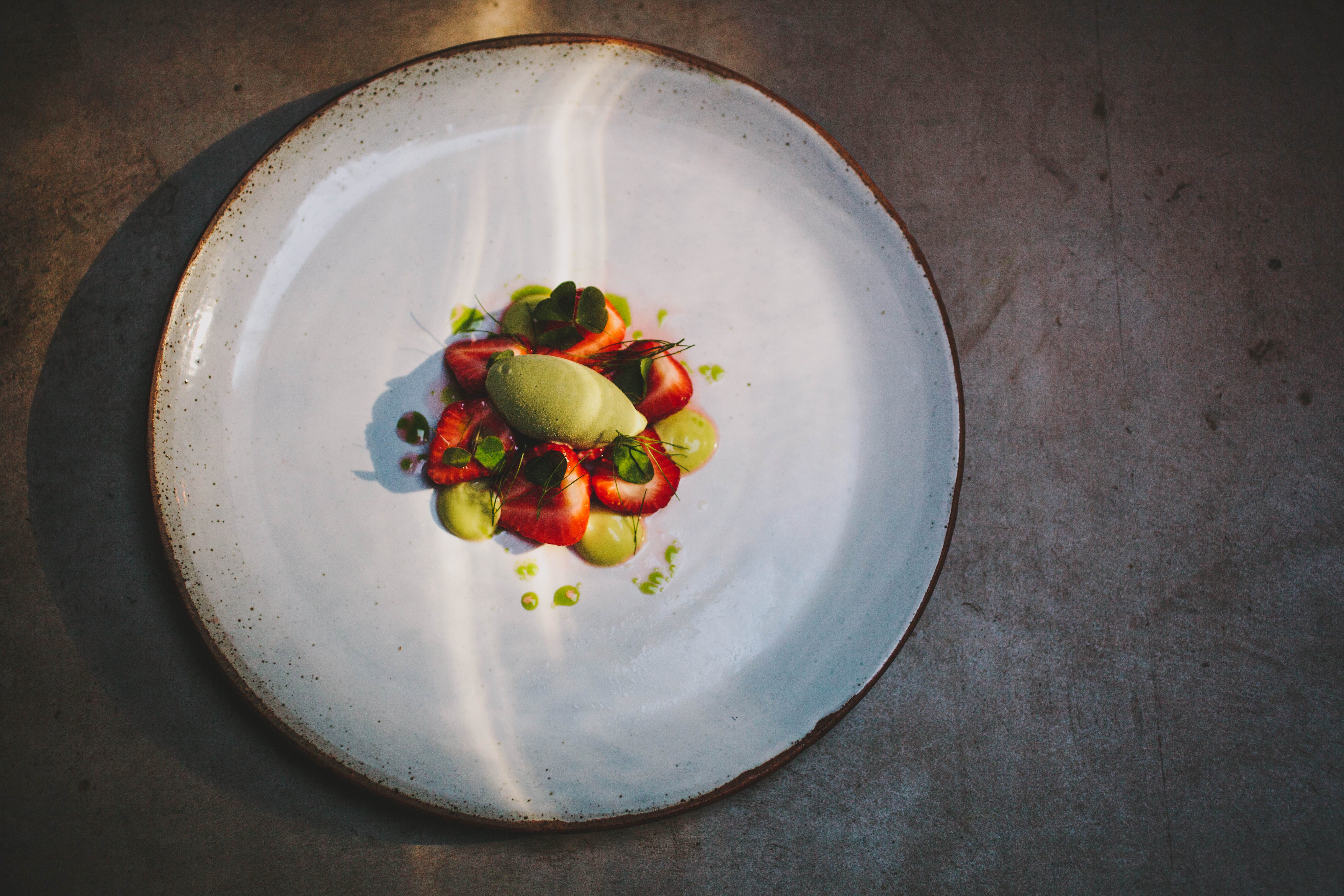 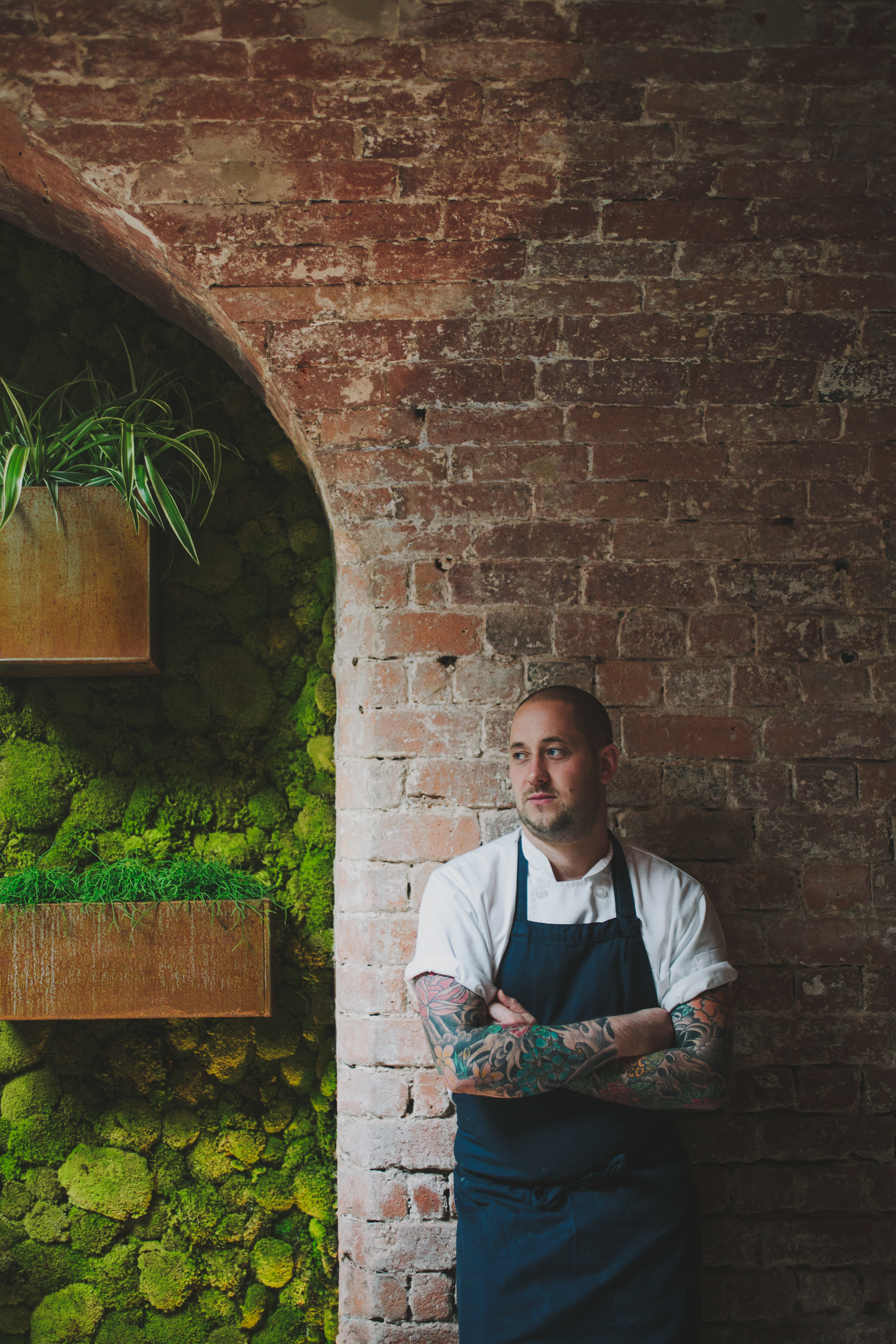 A chef in the industry for over 20 years, Alex’s resume includes experience at some of the gastronomic greats including 42 The Calls, Anthony’s, Restaurant Sat Bains, Auberge du Lac, Turners and The Wild Rabbit, where he worked during the week while running pop-up restaurants in Nottingham at the weekend to gain support in the city ahead of opening his own restaurant.

In 2017, after much hard work and dedication, Alex was able to realise his dream and open his restaurant, Alchemilla. Set in a converted Victorian coach house, Alchemilla offers an impressive space where guests are welcomed as part of the kitchen buzz, sharing in the passion for food with the chef and one another.

The 5, 7 and 10 course tasting menus that Alex offers at Alchemilla focus on showcasing the chef’s love for vegetables, highlighting their complexity of flavour and challenging those overcooked memories of ingredients like cabbage and cauliflower. Meat and fish dishes do still appear, but take more of a supporting role to the vegetables which are centre-stage, such as in the dish ‘autumn cabbage’, which is served with a Bordelaise sauce.

Alex’s cooking style that focuses on fresh produce first stemmed from his personal decision to only eat meat of which he knows its provenance. Naturally, this resulted in Alex starting to cook more meatless dishes, and led to the exploration and discovery of a whole host of new fresh ingredients and sparked the creation of innovative uses of this produce in vegetarian dishes.

“I had what alcoholics would call an epiphany, I realised I wouldn’t serve the type of meat I was eating at home in a restaurant, so I just stopped. This forced me to cook more vegetable-based dishes at home and this led to the beginning of my obsession with how much we can elevate vegetables when we give them some real thought.”

In May 2019, Alchemilla will be opening a roof terrace, The Nyetimber Garden, designed by British artist Wolfgang Butress who best known for The Hive at Kew, London. Raised planting beds will form the structure for booth seating, creating a space that blends growing space with social space. A greenhouse in which herbs and tray vegetables will be grown will also feature on the rooftop, as well as a bar serving the restaurant’s specially created cocktails.

Alchemilla has been making waves in the culinary industry since its opening, and the chef’s talents in the kitchen are being recognised. Alex was awarded the title of ‘Chef to Watch’ in the Waitrose Good Food Guide 2019, which described Alchemilla as: “one of our biggest (and best) surprises this year. It was the energy, confidence and passion coming from the kitchen that grabbed our attention, a first solo venture from a former Sat Bains chef. Alex Bond’s ambitious but unstuffy restaurant is a hive of activity that shifts the spotlight from meat to plant-based cooking. By using creative techniques to put something unique and delicious in front of diners, Alex shows a perfect understanding of the way we want to eat now.”

My family, a lighter, swing ball and sunscreen.

Alinea in Chicago. Although it’s not my usual style, I’d love to try Grant Achatz’s food.