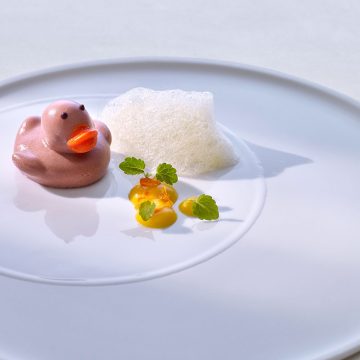 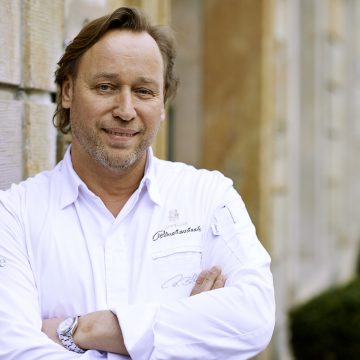 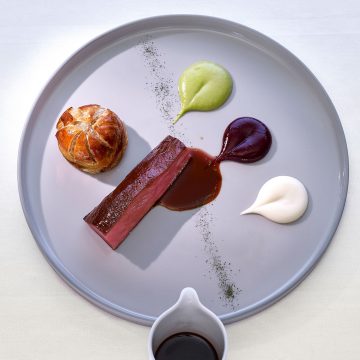 FOUR sat down with Thomas Bühner, to chat  about the recent closure of his 3 Michelin-starred Restaurant, La Vie, and what the talented chef has planned for the future.

Us at FOUR, along with fine-dining fanatics worldwide, find the news of La Vie’s closing bittersweet. Although it is sad to see one of the best restaurants in the world close its doors, we are excited to see what is next in store from the culinary mastermind, Thomas Bühner, with the fire in his belly and his incredible talent – we are certain that the world of gastronomy is in for another, or rather an abundance, of treats from the chef…

You took control of the La Vie’s kitchen in 2006, what have been the highlights of your time at the establishment?

So many, it is difficult to name only a few. I especially enjoyed the four-hand dinners with chefs from the entire world that took place at la vie with friends like Vicky Lau, Andreas Caminada, Tanja Grandits, Gert de Mangeeler, Björn Frantzén or Jonnie Boer. But also the third Michelin star was obviously a highlight I will never forget. We all very well also remember some events at la vie: Whether it was the Christmas party in 2017 or the Birthday party we threw for our 10th anniversary. Personally impressive were the Salon de la vie talks with VIP guests from the entire world and state visits that we were allowed to host.

What smaller moments, such as special times with your team, etc will stick with you?

I always very much enjoyed our team lunches together. In summer, we would all sit together at a long table and enjoy the fantastic staff food that one of our colleagues prepared for us. This, I miss a lot.

What are some of the low lights or difficult moments that you experienced at La Vie?

Honestly, it was only the moment when I had to tell my colleagues that we are closing down. But personally difficult was also the Espoire we received in 2009 and 2010 from the Michelin Guide which made me a bit tense. Thankfully, we did receive the third star in 2011!

Can you tell us a bit about what led to La Vie’s closing?

No too much, as I would really like to close this chapter. However, our owner decided that La Vie should not be part of the company’s portfolio anymore and to close the restaurant without much further notice. I suppose it was more a strategic decision than anything else.

How did you handle and make peace with its closing?

There are things in life you cannot influence. So I decided to see this as a chance of growth for me. It is now time for something new and I am very much enjoying the chances that have been popping up in the last couple of months.

We know that your team at La Vie was very important to you, and that ensuring they were not left in a difficult position post-closing was a priority for you. Can you tell us a bit more about this?

Yes, that is very much true because every single one of them was a true professional and very important for me. I therefore tried to not only make sure that they do not have any financial difficulties but that each one of them finds a new job and can speak to me about problems at any time. And that we accomplished altogether.

Going forward, what lessons that you learnt from La Vie will you take with you?

That a restaurant which is a solitaire and located offside a larger city, meaning that there is no hotel in the background etc., is very likely not to survive.

We have heard you will be doing some exciting culinary events, tell us more about these?

I am going to Bangkok in December and will be a guest chef at the St. Regis Hotel. I am also planning to come to Hong K ong next year and am currently in talks with companies in China and Oman…but cannot say more about that at this time.

It was mentioned that your focus may go more into the catering side now? Is this true, and if so, tell us more…

No, this is not and probably will not be my main focus but due to the demand, I can now offer catering services.

Do you ever see yourself opening up your own restaurant again?

Even though this is something I do not see at the moment, I would not exclude it.

What’s next, what does your future hold in your eyes?

I am in talks with many partners around the world. I am very much enjoying consulting restaurants and producers at the moment and will see how this will develop further. I am also still booked as a guest chef and keynote speaker – two other things which are a lot of fun for me.