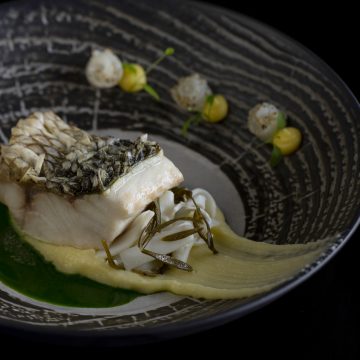 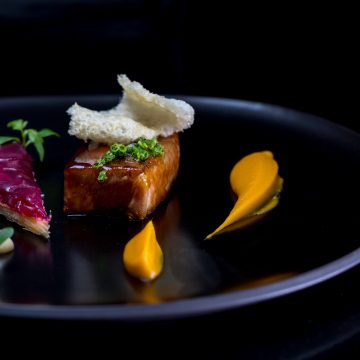 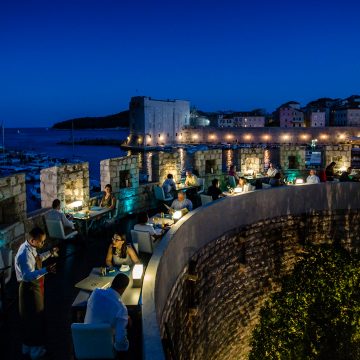 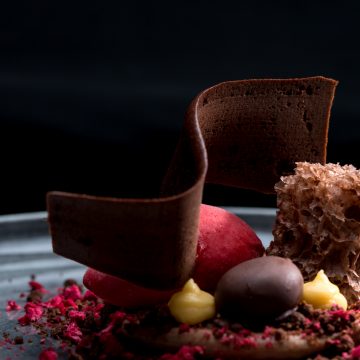 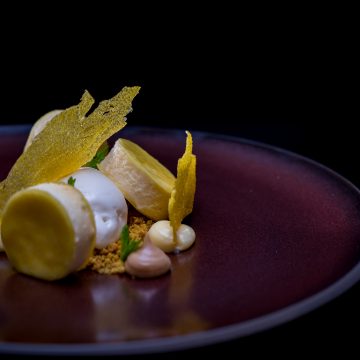 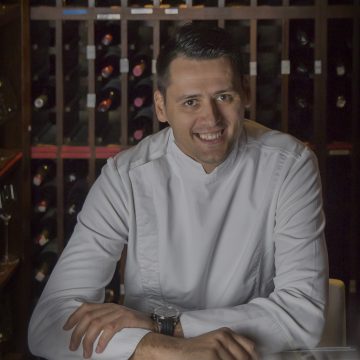 Croatian Chef, Marijo Curić, was born in 1979 in Dubrovnik, and has remained tied to his hometown with both personal and professional links since birth. Born into a family with culinary ties, Marijo chose to follow his father’s footsteps and too, become a cook. Marijo completed a diploma in culinary school in 2006, and since then, has found his culinary calling in the fine-dining industry.

Using Croatian culinary heritage as inspiration, especially its Mediterranean influences, Marijo has created a strong foundation for his cuisine. Curić has curated his own cooking-circle that comprises of influences from across the European continent, incorporating the heritage of Austrian-Hungarian cuisine from mainland Croatia with Venetian-inspired tradition from the Croatian coast and blending it with Ottoman legacies that came across Dubrovnik hinterlands in the middle ages.

Marijo’s cuisine is steeped in gastronomic history – there is no doubt that Croatia’s culinary offerings are a melting pot of traditions and cultures, and for the chef, finding “authentic” flavors is both a quest and a goal that he eagerly seeks to achieve. With Restaurant 360 Dubrovnik set against the backdrop of the UNESCO world heritage site of Dubrovnik town, there is no better setting for Marijo to bring his beautiful cuisine to life.

At its core, Curić’s cuisine still draws on French styles and techniques. His palate focuses on showcasing local flavors and the memories that these ingredients evoke. His fingers possess the precision and diligence learned during stages in Michelin starred restaurants.

His staging resumé began in 2015, where he worked under Enrico Bartolini (Devero, Milan). He then went on to work alongside Marcus Wareing (Marcus, London) in 2015 and 2016, followed by a stint in Yu Sugimota’s (The Square, London) kitchen in 2017. In 2018,  Brett Graham (Ledbury, London) and Philip Howard (Elistan Street, London) took Marijo under their wing.  Most recently, in 2019, Claude Bosi (Bibendum, London) taught the Croatian chef a trick or two in the kitchen.

In 2015 Marijo Curić became the Executive Chef of Restaurant 360 Dubrovnik and together with  Restaurant and Wine Director, Rudolf Papac, the duo run the impressive restaurant that employs 52 people. The restaurant boasts an elegant interior with historical stone walls that looks into a glassed-in kitchen.

In 2018, Restaurant 360 Dubrovnik won its first Michelin star, and was rewarded the star in 2019. In the same year, Marijo was also nominated as a candidate for the Best Chef Award 2019. Among the accolades Restaurant 360 Dubrovnik has been awarded are 17.5 points and 4 toques from Gault Millau Croatia 2019, as well as a Wine Spectator Best of Excellence Award in 2018 and a Wine Spectator Award of Excellence in 2017.

My greatest inspiration is the new usages of the ingredients, ie. usages of new techniques on good old ingredients. It compels my passion for brushing technical skills and pleases the need to experiment, but keeps the ingredient in the focus.

I would fly off to Mill in Chile. New techniques and an approach toward ingredients is what fascinates me in Virgilio Martinez’s work.