FOUR shares two recipes from Mark Hix’s latest book, The Collection, which is set to be released in the UK in October 2013…

Recipes by Mark Hix Celebrated chef, restaurateur and food writer Mark Hix has spent the past two decades redefining the culinary landscape with his original take on British gastronomy. In his latest book, The Collection (pictured), Mark has gathered together over 300 of his finest recipes reflecting the two main pillars behind his philosophy to food: exceptional ingredients, a simple, honest approach to their preparation. The two recipes featured include a jellied tomato soup with crayfish and fennel which Mark says works best with freshwater crayfish, ordered from your...

A Recipe by Fernando Stovell

Fernando Stovell is chef and co-owner of restaurant Stovell’s located in Chobham, Surrey. Here he shares his way to serving the perfect wild sea bass – with pickled shallots and violet artichokes

A Recipe by Fernando Stovell Wild sea bass with pickled thai shallots, violet artichokes and Japanese mushrooms This lovely summer recipe is byFernando Stovell, chef and co-owner of Stovell's located in Chobham, Surrey. Fernando has worked in various leading kitchens, including the Michelin-starred Capital Hotel, before taking up positions at the Wellington Club and then the Cuckoo Club, cooking alongside his wife Kristy whom he met at catering college in 1997. In September 2012, together with Kristy, Fernando opened Stovell's which, within 4 months, was awarded 2... 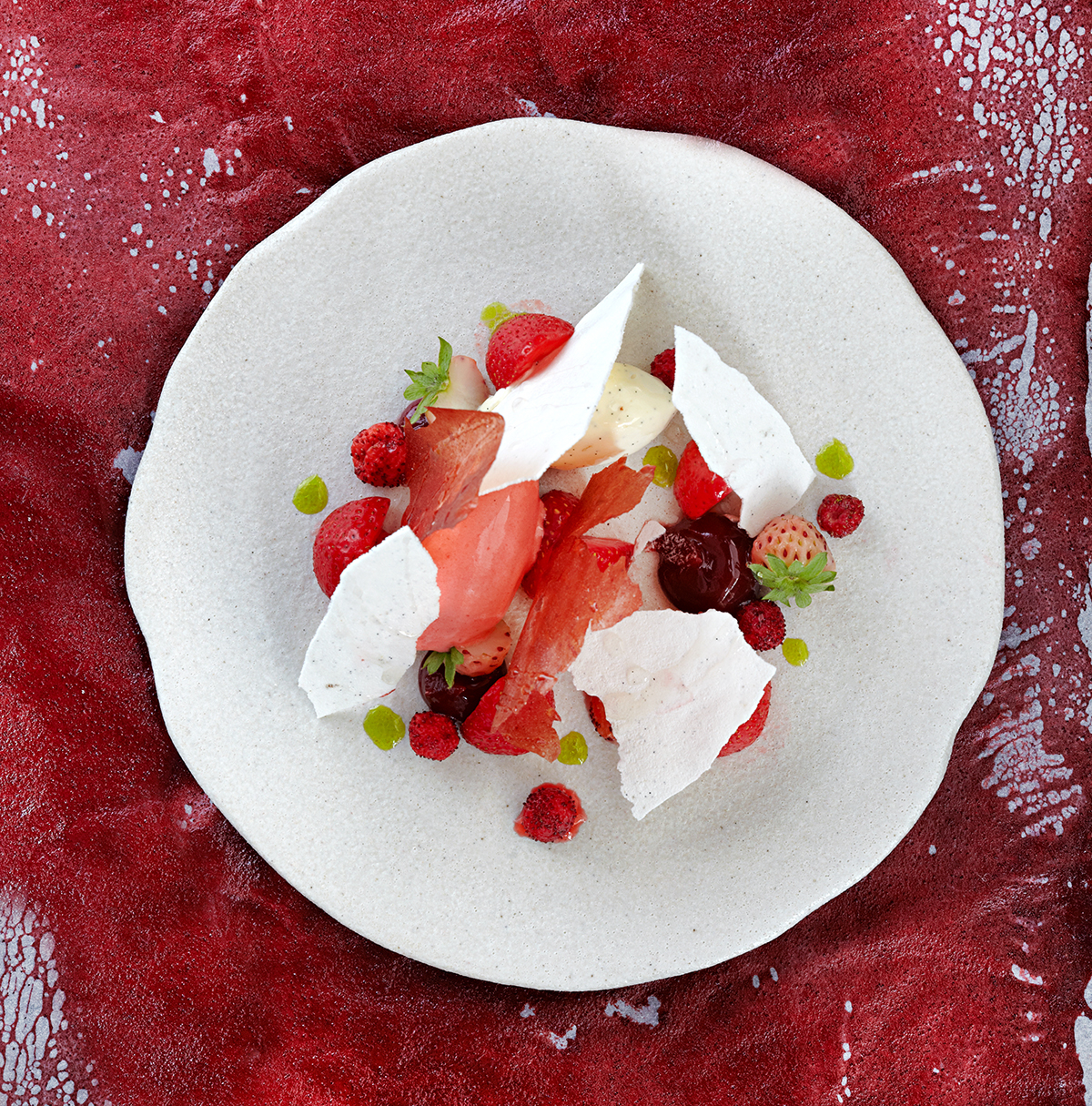 A Recipe by Jason Atherton

Who doesn’t love an Eton Mess? Give Jason Atherton’s recipe a go for the best you’ll every try…

Recipes by Bruno Loubet Chef Bruno Loubet was born in Bordeaux, southwest France, in 1961. He attended the Lycée Hotelier de Talence, which led to his first job as a Commis Chef at the Hyatt Regency in Brussels. After commencing National Service as Head Chef for the Admiral’s table, he earned the rank of Second Maitre. Moving to London in 1982, he embarked on a Commis Chef role at La Tante Claire with Pierre Koffmann, and then on to Gastronome One, in the New King’s Road, as Head Chef, where he was awarded the 1985 Good Food Guide’s Young Chef of the...